Fourth: Stealing unawares upon the whale in the fancied security of the middle of solitary seas, you find him unbent from the vast corpulence of his dignity, and kitten-like, he plays on the ocean as if it were a hearth. But still you see his power in his play. The broad palms of his tail are flirted high into the air; then smiting the surface, the thunderous concussion resounds for miles. You would almost think a great gun had been discharged; and if you noticed the light wreath of vapour from the spiracle at his other extremity, you would think that that was the smoke from the touch-hole.


Fifth: As in the ordinary floating posture of the leviathan the flukes lie considerably below the level of his back, they are then completely out of sight beneath the surface; but when he is about to plunge into the deeps, his entire flukes with at least thirty feet of his body are tossed erect in the air, and so remain vibrating a moment, till they downwards shoot out of view. Excepting the sublime BREACH—somewhere else to be described—this peaking of the whale's flukes is perhaps the grandest sight to be seen in all animated nature.

Out of the bottomless profundities the gigantic tail seems spasmodically snatching at the highest heaven. So in dreams, have I seen majestic Satan thrusting forth his tormented colossal claw from the flame Baltic of Hell.

But in gazing at such scenes, it is all in all what mood you are in; if in the Dantean, the devils will occur to you; if in that of Isaiah, the archangels. Standing at the mast-head of my ship during a sunrise that crimsoned sky and sea, I once saw a large herd of whales in the east, all heading towards the sun, and for a moment vibrating in concert with peaked flukes.

As it seemed to me at the time, such a grand embodiment of adoration of the gods was never beheld, even in Persia, the home of the fire worshippers. As Ptolemy Philopater testified of the African elephant, I then testified of the whale, pronouncing him the most devout of all beings. For according to King Juba, the military elephants of antiquity often hailed the morning with their trunks uplifted in the profoundest silence.
Email ThisBlogThis!Share to TwitterShare to FacebookShare to Pinterest 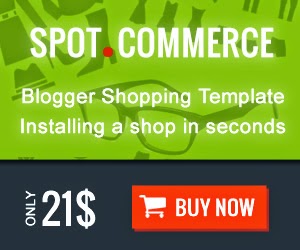